by Sharon Langshaw | Redefining You, What The Bleep Happened | 0 comments 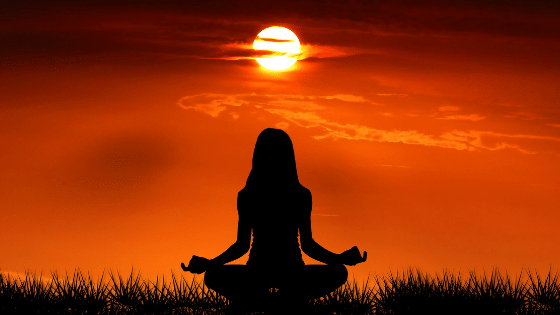 I’ve often wondered if it’s possible to reach a state of Menopause Zen… so on that note, I went off and did a spot of research.

One thing I’ve learnt is that our brains actually begin to change during peri-menopause. If you’re still having periods and everything seems fine but you’re experiencing more frustration, PMS-like symptoms, anxiety, irritability, addiction to sugar or alcohol or whatever… then don’t make the mistake I and countless other women made and exclude aging and menopause from your list of possible causes.

Just like the rising heat in our bodies, our brains also become fired up during peri-menopause.

Sparked by the hormonal changes during the menopausal transition, a switch turns on that signals changes in our brain resulting in both positive and negative changes… from brain fog to enhanced intuition, there’s a lot going on.

There’s a body of scientific evidence that now supports the notion that brain changes begin to take place during peri-menopause. Differences in the changing levels of oestrogen and progesterone affect our temporal lobe and limbic areas of the brain and we may find ourselves becoming irritable, anxious, and emotionally volatile.

The temporal lobe is involved in hearing and selective listening. It receives the sensory input (sounds and speech) from the ears. It’s also key to comprehension or our ability to understand meaningful speech. Without the temporal lobe, we wouldn’t be able to understand someone talking to us. (http://brainmadesimple.com/temporal-lobe.html)

The limbic system is involved in motivation, emotion, learning, and memory. (https://en.wikipedia.org/wiki/Limbic_system)

Is this starting to make sense now?

All those times you thought everyone was speaking nonsense, you couldn’t care less about anyone or anything, you cried at the drop of a hat and the whole family was called ‘hey you’ because you couldn’t remember anyone’s name. Turns out it wasn’t really your fault!!

Our culture (and social media) would have you believe that mood swings are simply the result of raging hormones and do not have anything to do with our lives. There is solid evidence that repeated or enduring stress — due to relationship problems, children, your job or whatever, is actually behind many of the hormonal changes raging through your brain and body.

This means that if your life situation, whether at work or with children, your husband, partner, parents or whoever doesn’t change, then unresolved emotional stress can exacerbate a peri-menopausal hormone imbalance.

In your normal hormonal state (before peri-menopause), it’s much easier to overlook those aspects of your life that don’t work. I mean, hey you’ve been overlooking things for the last 25-30 years…. why start now? Right?

Let’s just shove all that difficult stuff under the rug.

Whether you’re suffering PMS at 29 or standing at the threshold of menopause at 49, your body’s inner wisdom will attempt to catch your attention through escalating physical and emotional wake-up calls.

PMS was our first wake-up call.

During childbearing years, PMS is one way a woman’s body yells at her every month to remind her of the growing backlog of unresolved issues accumulating within her.

Dr Christiane Northrup says that “everything from unbalanced nutrition to unresolved relationships can disrupt the hormonal milieu creating physical and emotional havoc. Ignoring this early and relatively gentle nudge is a bad idea. Our bodies are begging us to look up and see what’s not working.”

It seems to me that most of us are or were just too busy and the discomfort wasn’t that bad after all… So we slapped on our stoic ‘soldier on’ face and ignored it.

But the body is more insistent and peri-menopause is the mother of all wake-up calls.

For many of us, peri-menopause could be described as PMS x 100. According to a 2010 study, peri-menopausal women who felt more negative emotions (specifically anger and sadness) also experienced an increase in pain. OMG!!! The more anger and sadness the women in the study felt the more physical pain they experienced throughout the day. And what’s worse is that this ‘pain effect’ was especially strong for women who have fibromyalgia.

Could it be that these symptoms are the body’s wisdom pleading with us yet again that unresolved life issues be attended to?

So, I have a few questions for you:

At peri-menopause, a woman’s body will start to escalate the situation. She’s been asking you over and over again to take care of her. She’s been trying to get your attention for years and so now you’ve arrived at peri-menopause you’re probably feeling those final, hormonally charged, attempts to get you to deal with all those long overdue wants, needs and desires.

Peri-menopause often turns into a period of great emotional turmoil as a woman struggles to make a new life. A life that can accommodate her emerging self.

Peri-menopause seems like the mirror image of adolescence (boooo) when our bodies and brains were also going through major hormonal upheavals. As adolescents or young women, we worked hard to find the energy and desire to become the person we wanted to be. We felt the need and took action to create ourselves. Those trouble-maker hormones were actually using their power for good for a change. Nice one.

At menopause, we seem to pick up where we left off all those years ago.

Now we get to finish the job.

The process of aging and menopause brings with it many gifts not present or available to us earlier in our life. We now have opportunities to share what is profoundly meaningful to us. We get to harvest all of that deep, deep wisdom we’ve been nurturing over time.

Each transition from pre-menopausal to peri-menopause, from menopause to post-menopause will likely bring a new set of challenges. We may feel anxious about our physical changes and possible decline. There are sometimes thoughts of a potential loss of independence, or apprehension about possible isolation and loneliness. Many women struggle when facing the realities of death and dying during this stage of life.

Through consciously addressing menopause and aging, we at The Menopause Effect have a strong desire to serve those women who seek meaning, connection, and community to fortify them in later years.

For now though, we believe that today and every day is a time to celebrate the various phases of our journey as women and to herald in a new era…

…The era of Menopause Zen.

… And we’d love you even more if you shared our stuff too! Clickety click to share to your favourite social outlet.  Hell, why not throw caution to the wind and share everywhere!