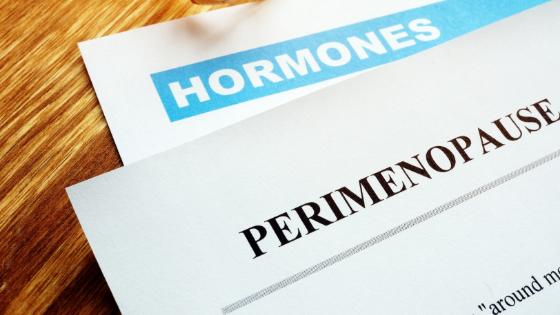 I think I was 43 or 44 when I started experiencing changes to my periods.

It could have been earlier, but I was in the final throes of alcoholic drinking so nothing was normal.

I’d been trying to get and stay sober for a few years so it could have been going on for a while—I’ll never know. Side note: I’ll be talking about addiction in women any day now—stay tuned (don’t hold your breath though it could be days, weeks even ?).

Some years later I met a lovely man and sexual health and contraception suddenly occupied my thinking.

Off to the local doctor and the sexual health clinic, I went.

I opted for the Mirena IUD. Little did I know (because no one bloody well mentioned it) that introducing hormonal contraception was not the right choice for me: I was 45 and in peri-menopause. Hell, I didn’t even know what peri-menopause was back then.

In early recovery from alcoholism, in peri-menopause, in love/lust and having a ‘great time’. It was a sensational combination for ignoring the warning signs or should I say the lack of warning signs (because no one talks about peri-meno).

I reckon I had good boobs to start with, but add in those hormones and I had double the size for about 2 weeks out of every 4.

The warning signs were right there up close and personal. I admit there are some benefits to great boobs but the hormones in the IUD also meant that I no longer had a period.

At the time I thought that was a sweet deal: boobs and no periods. #winning

Nowadays I would have gone a different route. The presence and absence of a period is a great indicator of where you are on the reproductive and menopausal timelines. I didn’t have access to either (without a blood test of course).

By 2013 I had the IUD out and had opted for having my tubes tied. “Smart move”, I thought, as the doc said I could technically still get pregnant.

I never even asked about what he meant by ‘technically’.

Ever ignorant and happy to hand my peri-menopausal self over to another male doctor, I went along to the gynaecologist and booked in for day surgery. While in his office he said something along the lines of “would you like an ablation while I’m there? No more periods ever again.”  Yaaaayyy ??? I thought as I smiled smugly to my ignorant little self.

I hadn’t had a period for 2 years and was happy to never see another tampon again.

Fast forward to today and I have regrets.

You see if I’d still been menstruating I’d have had a built-in alert system that was specifically designed by Mother Nature herself, to let me know what was going on with my own hormones.

By wishing my periods away with the swish of a laser to my endometrium, I effectively ended any hope of knowing what the hell was happening.

If I could change or yell about a few things I’d probably tell women to be aware and considerate of the following: