How Will I Know When I’m in Menopause?

Menopause doesn’t affect all women the exact same way, so it could be hard to know whether you’re in menopause or not. For example, one woman might get every symptom in the book, while another experiences hardly any. There will also be those that do experience symptoms but are not particularly bothered by them.

Hot flushes (or flashes) often get a mention when talking about menopause, but our survey found they did not rank the highest among participants (more on that later).

However, some of the common symptoms of menopause could also be due to something else altogether.

I know that in my experience, any type of health problem or symptom in women of a certain age (don’t you just love that term!) can get automatically branded as “it’s the menopause causing it” – when in fact it might not be.

(Which does kind of remind me of the very traumatic childbirth experience I had at the ripe old age of 35 and being told “well at your age dear….”. Seriously! 😠).

Also, menopause isn’t really an event so much as a process, as it can take years to complete. For most of us the process starts in our 40s. During this time we produce less oestrogen, progesterone, and testosterone, and we may also experience changes in our periods. The process isn’t considered to be over until we’ve not had a period for at least 12 months.

This means menopause could take many years from start to finish. 5 years is often typical, but it could be as much as 14!

RWH says around 85% of women report menopause symptoms such as hot flushes and 20% suffer symptoms they feel are “troublesome” enough to seek treatment.

But then, there could well be many others that think they should just soldier on. I recall a relative of mine saying that despite the suffering, she wouldn’t take medical treatments, as “women have been putting up with this forever without them”. (My response was to think I’m not so sure about that. I thought in past times they tended to die before getting old enough to go through it!).

What our survey found

Our survey of over 1300 women aged 40-60 turned up some interesting stuff.

For example, the most common symptom wasn’t hot flushes (as might be assumed) but emotional mood swings.

We also found the most common age group for symptoms was between 51 and 53, with over 90% reporting at least 3 significant symptoms at the same time.

We found there was enough repetition of symptoms to enable us to identify five themes or ‘personalities’ (includes experience rates in brackets):

Want to know what menopause personality you fit into? Take our quiz here!

So how can I know for sure if I’m menopausal?

If you are over 44 and experiencing some of the symptoms mentioned as well as highly irregular periods, then it’s very possible you are in the menopause transition.

There are some tests for menopause, such as saliva testing and FSH (follicle-stimulating hormone) testing.

However, saliva tests are unreliable, and FSH tests on their own are not necessarily accurate as hormone levels during menopause can vary from one day to the next.

The best way to determine if you are definitely in perimenopause is a combination of checking your own symptoms (see our Symptom Checker below) and doing a thorough medical examination with your doctor. That way you can rule out any other conditions that could mimic menopause. 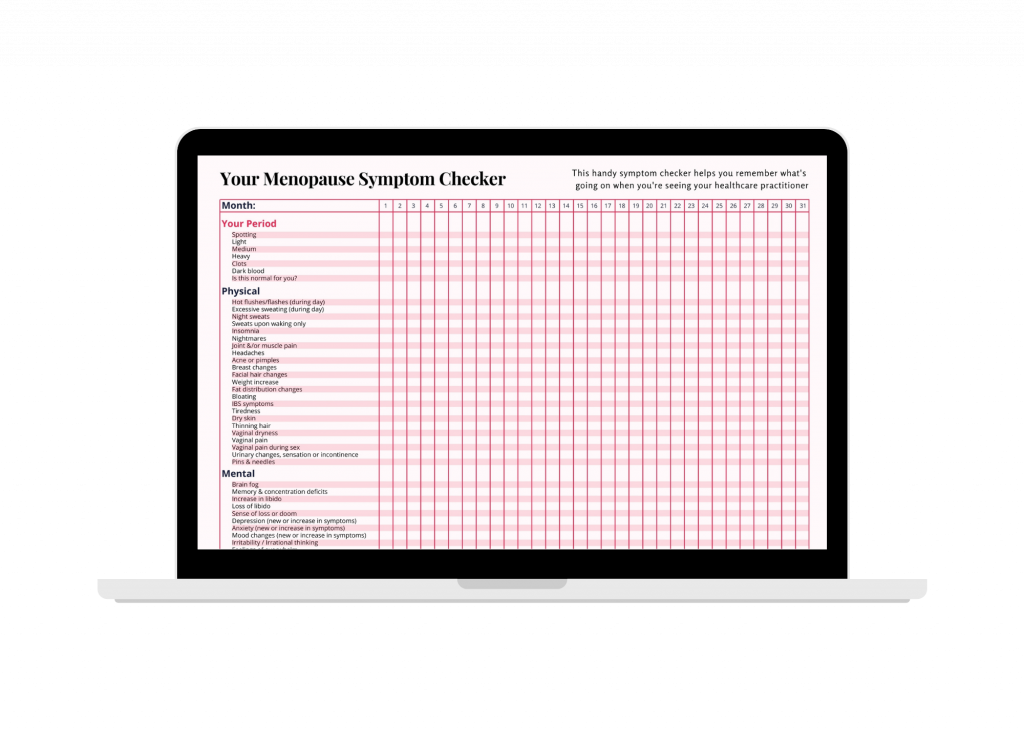 To grab your Symptom Checker add your email below:

You're in! We'll send your symptom checker faster than you can say hot flash 💥

Here is a very insightful story from ABC Health and Wellbeing.

“Jane” (not her real name, obviously) went through perimenopause in her early 40s but didn’t realise what it was as she thought she was too young for that.

Jane ended up having a hysterectomy, after which she experienced sleeplessness, poor concentration, mental fogginess, and depression. She was prescribed anti-depressants by her doctor.

A blood test showed extremely low oestrogen levels and she was prescribed a hormone replacement therapy gel and a vaginal pessary for dryness. She also took up mindfulness to help with the depression.

Jane’s energy increased and her life began to improve wonderfully after years of confusion and distress. She believes the best solution is in finding the right information and giving menopause more public attention so that women can be more informed and empowered.

As well as getting informed, it’s important to realise is that you are not alone, and to know there is no absolutely typical way to experience menopause. It can be different for everyone. Our community is here to support you, and help you work out the best way forward in your journey. Get started here – it’s completely free! 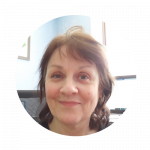 Tess loves to write and has been writing copy and web content for businesses since 2010. She has also been through menopause and survived to tell the tale, so is quite at home on this site!

Get our Menopause rants, ramblings and really important writings read by thousands of women around the world on building a freethinking life, staying true to your womanly self, and leaving the naysayers in the dirt as you walk all over them in your sensible shoes (because let's face it, our stiletto/platform days are numbered).